Sked? Look at a Map

I continue to be amused by how clueless some "DXers" are when it comes to trying to work Alaska. Whether for DXCC, WAZ, or just WAS, operators in KL get a lot of requests for scheduled contacts. That's especially true for Alaskan contesters, who are typically the most active. We usually share those requests among ourselves to maximize the chances of a successful QSO.  No matter, though, because some operators just want us to alter the laws of physics as well.

One recent example, which pretty well reflects what I am talking about: "I need Alaska on 160 meters. I am usually active on the band at 8 PM Eastern Time..."  Oh, dude!  There are a couple of things you forgot to consider.  First, 8 PM Eastern time is 4 PM Alaska time.  Second, in mid-March, it is still daylight in Alaska at 4 PM.  In fact, the sun doesn't go down here until nearly 8 o'clock, and it's changing 6-7 minutes each day!

We get requests for contacts on 10m:  "Hello, OM.  I badly need Alaska on 10m for 5BDXCC.  I have been hearing many W6 and W7 stations at 1800Z.  I think this should be possible.  73 from Italy!" Maybe, maybe not.  Alaska is BIG.  Really, really BIG.  It covers from about 57 degrees north to 71 degrees north and from about 131 degrees west to 173 degrees west.  Alaska is also far away from everywhere else.  Fairbanks and Anchorage, where most Alaska hams live, are over 1500 miles from Seattle.  That's about the same distance as Boston to Havana!  Hearing stations in W7 or even VE7 has no bearing on whether or not you can work us.

If nothing else, go to the DX Cluster databases and see when and where KL stations are being spotted.  It changes day by day and season to season.  Be flexible.  And above all, be sensible!
Posted by KL2R at 15:42 3 comments: 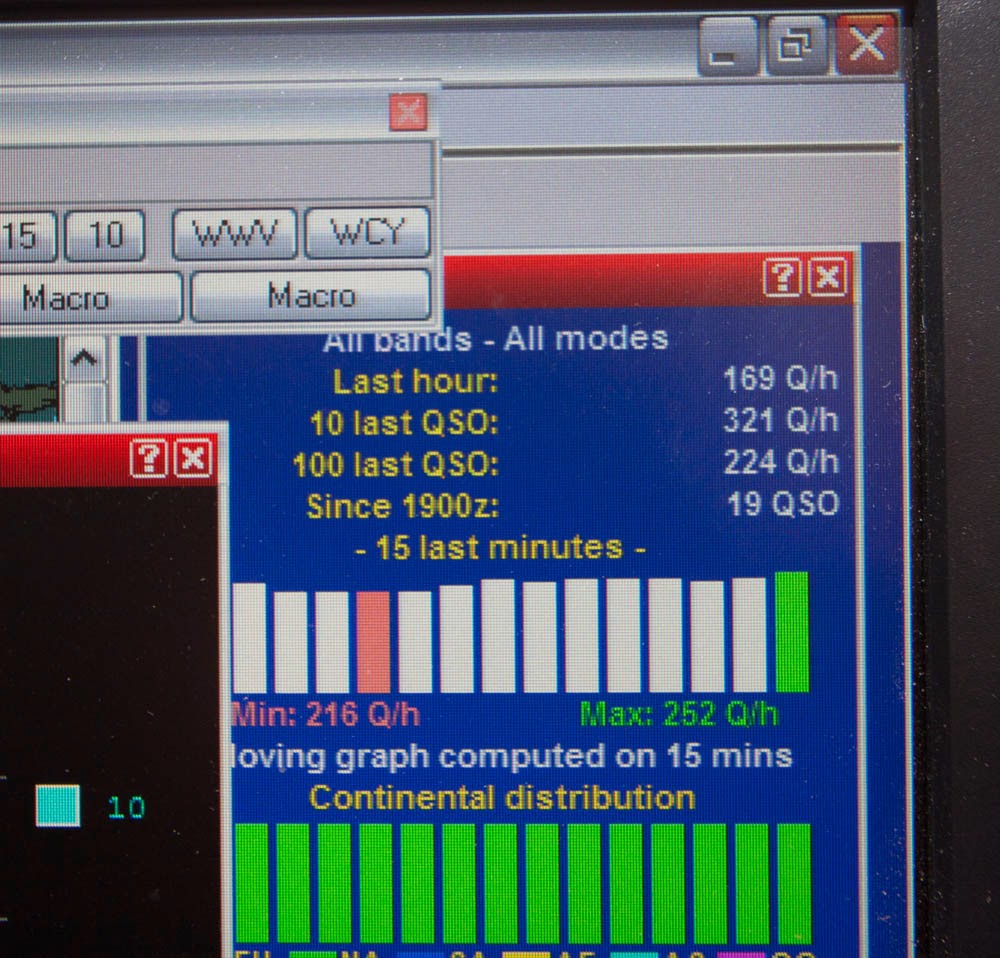 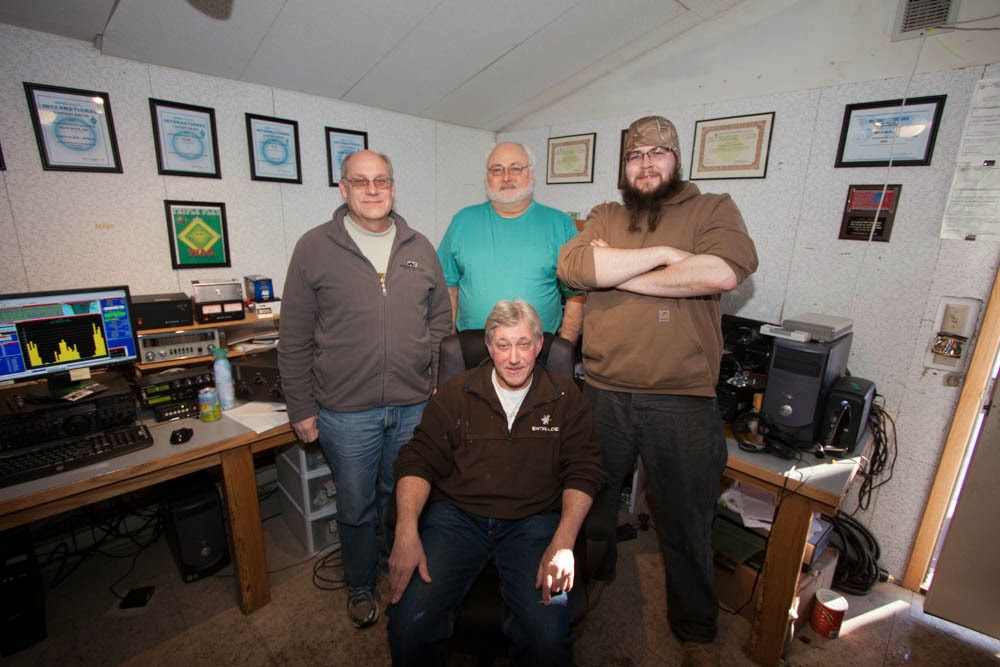 Despite low bands absolutely stinking all weekend, 10m allowed some really great rates.  In the end, 3000 QSOs and 1.465M claimed score. That was largely thanks to a really strong crew at KL2R this year. Guest operator Bill AC0W (left) and new prodigy Wes KL3UI (right, above) complemented the usual suspects Carl WL7BDO and Dan KL1JP (seated).