Ten-Tec Patriot in the Shack

Recently I have had a lot of chatter with Dan KL1JP, Charles WL7CW, and Neal W7USB about a low-cost beacon and HF monitoring system to be deployed throughout Alaska.  Propagation is very spotty and localized in the high latitudes.  The notion of utilizing skimmers, as well as modes like JT-65, JT-9, and WSPR has a lot of appeal.  The prototype will be based on the new Ten-Tec Patriot Arduino-based transceiver and a Raspberry Pi 2 controller.  The beacon project will be documented in future posts.

However, first a few words about the Model 507 Patriot, which arrived a few days ago.  I placed an order fully expecting a three-week ship date, but I had the box in hand barely more than two weeks later.  Packaging and contents are spartan.  You get a radio and a manual.  Period.  No cables, no connectors, no mic. 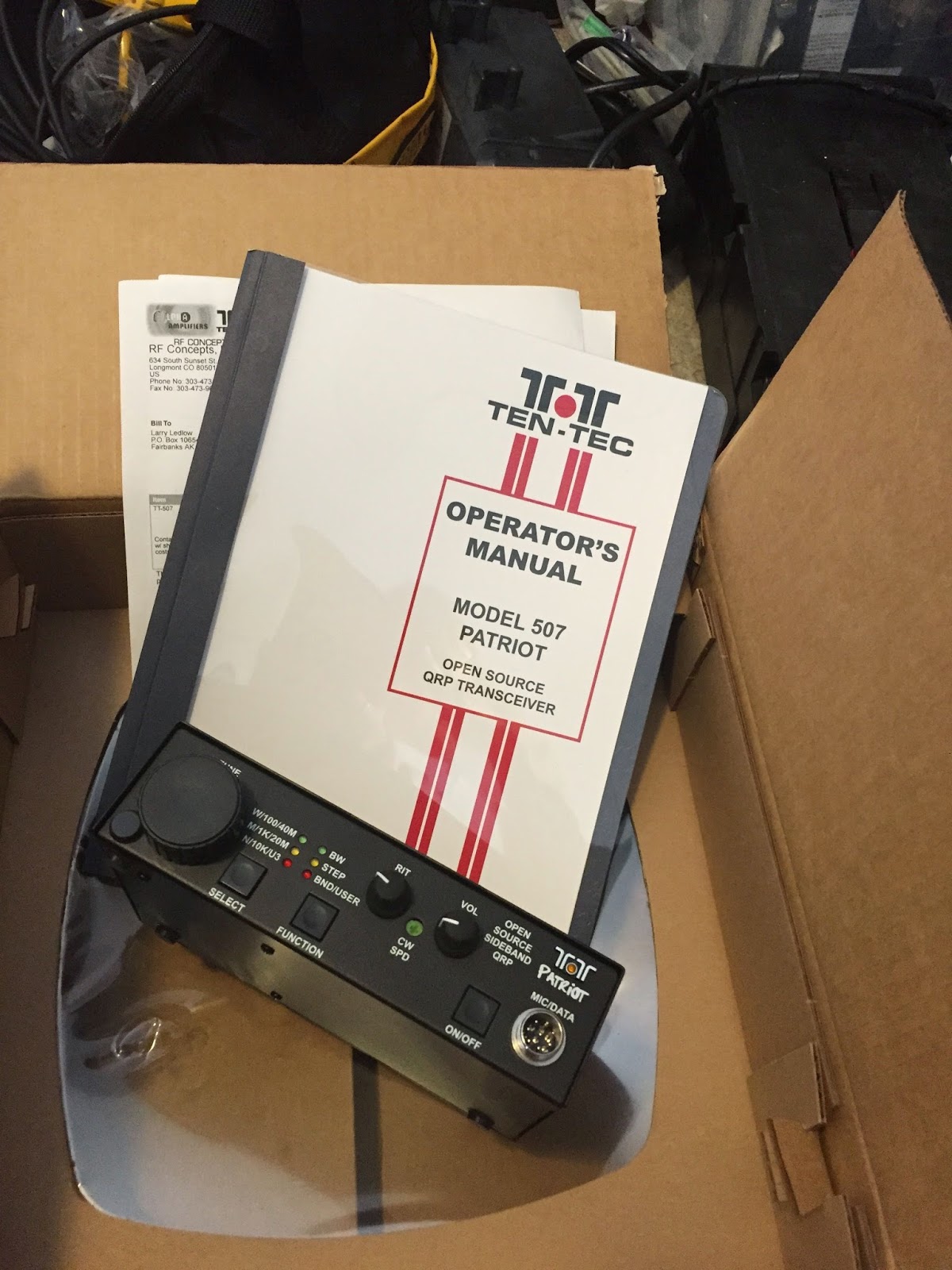 If you look carefully at the photo, you will see what appears to be a rubber cover or button left and below the large tuning knob.  I puzzled over this one a moment.  It turned out to be a rubber foot from underneath, and an easy transplant to fix.  I can only think it was packed that way. 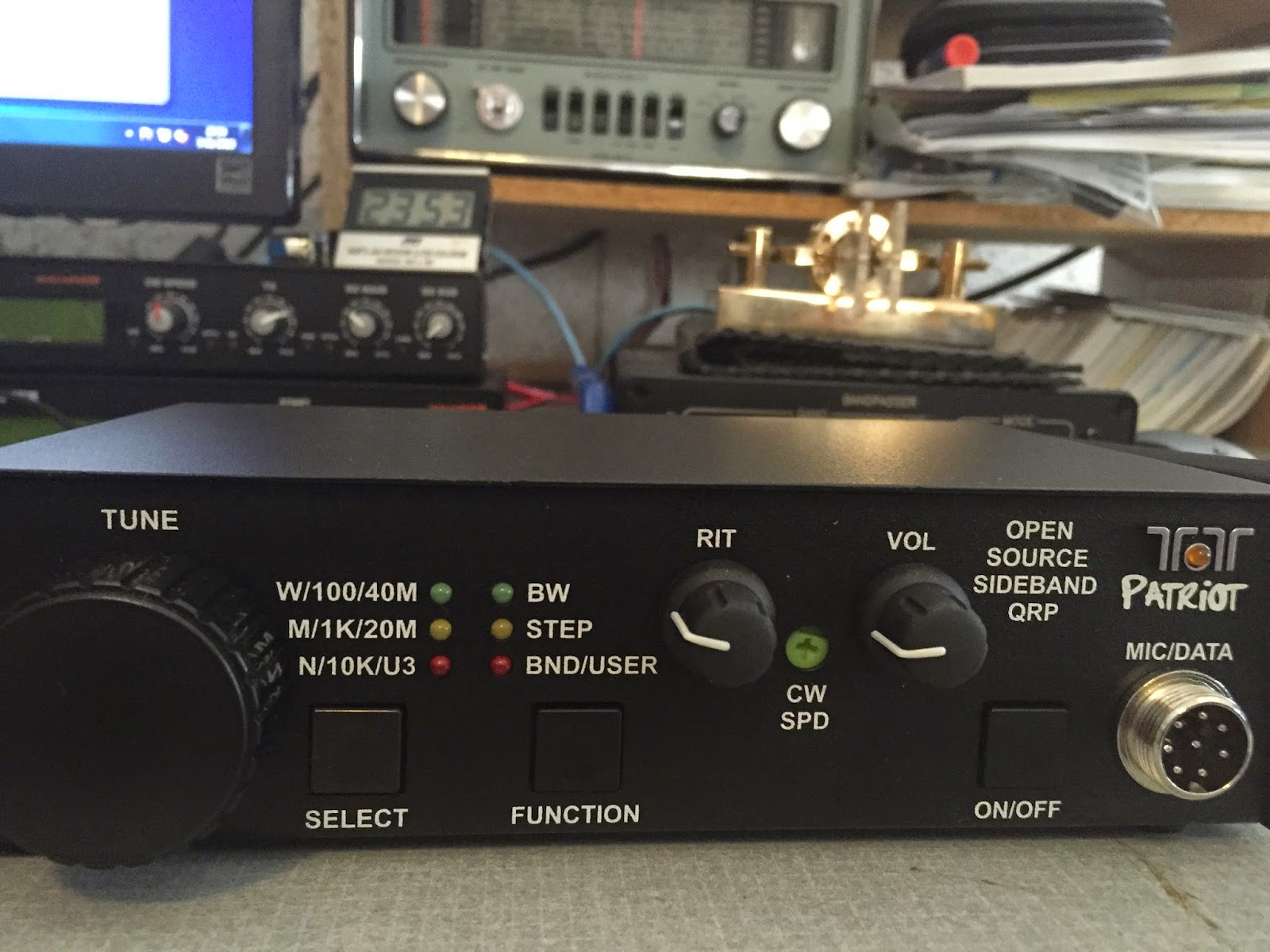 Band, bandwidth, and tuning steps are all selectable using the SELECT and FUNCTION buttons. Mic audio and line in/out signals are on the MIC/DATA connector.  The CW SPD adjustment is actually an additional internal potentiometer available for user programming like CW keying speed. The transceiver does not include an internal keyer. 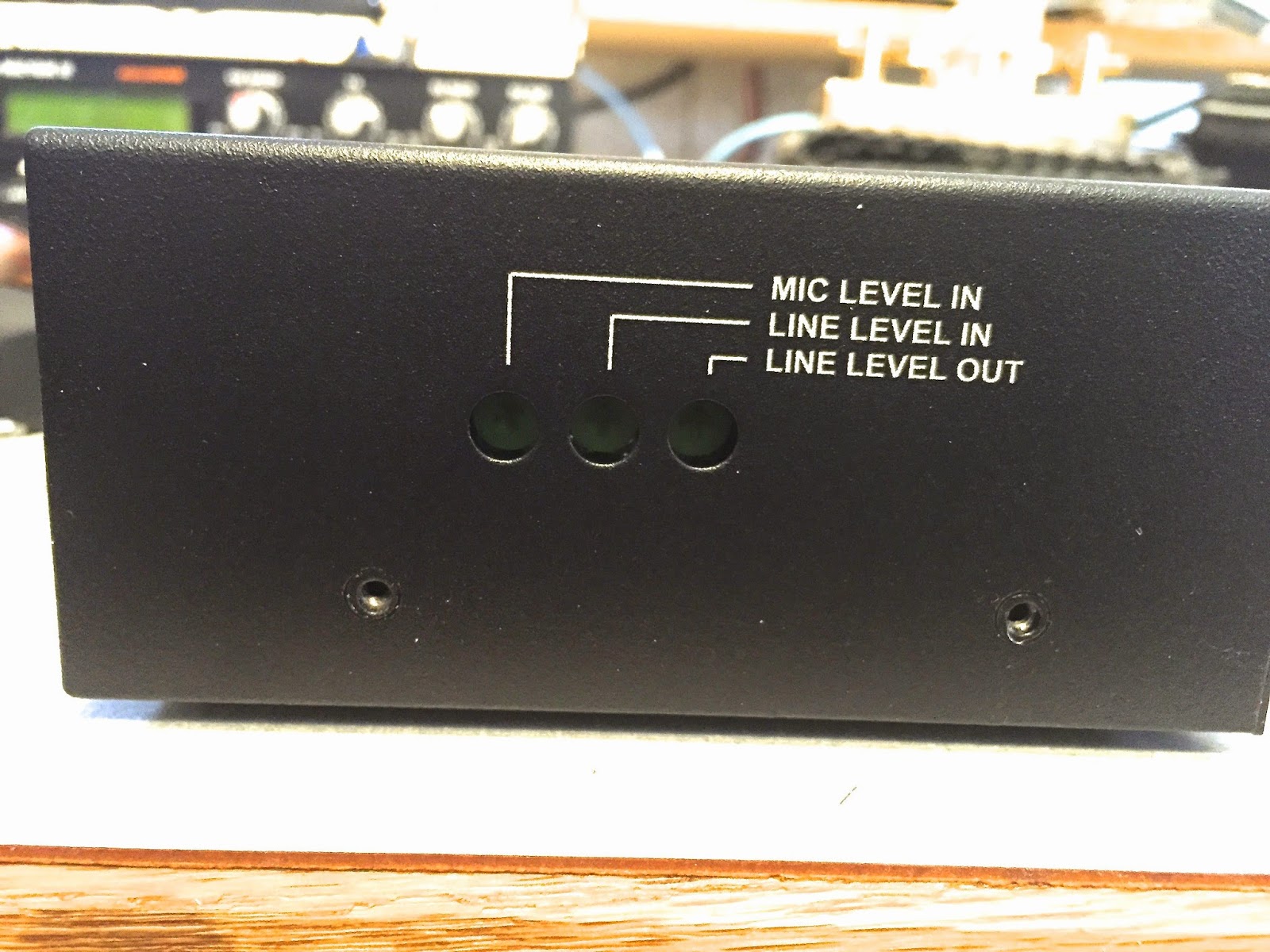 Three adjustment pots are on the side of the cabinet to set audio levels for mic and line level interfaces on the eight-pin mic connector. 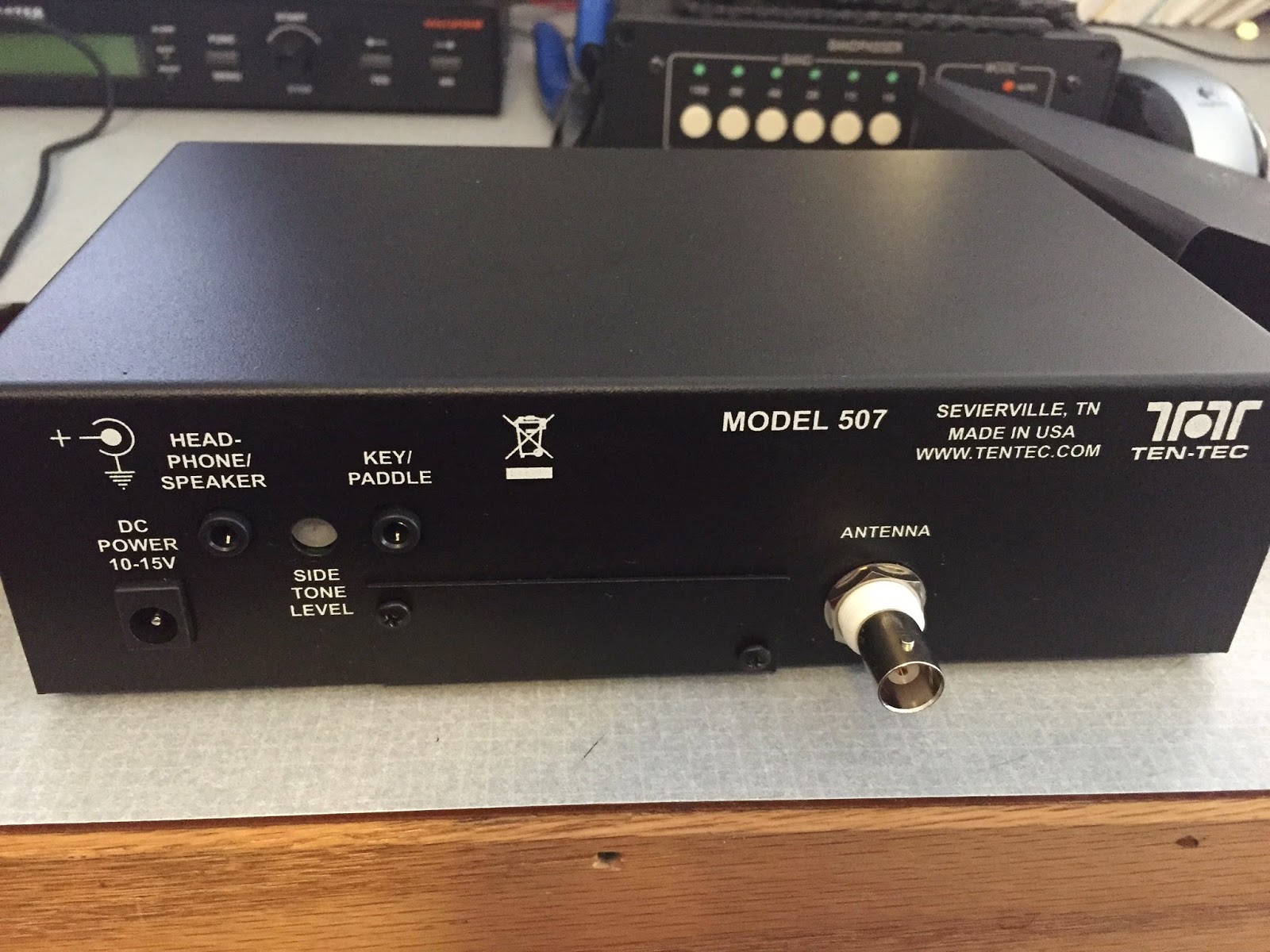 The rear panel provides connections for power (10-15 VDC @ 1.5A), key or paddle (there is no built-in keyer), and antenna (BNC).  Removing two screws on the panel to the left of the antenna will give you access to the Arduino's  USB port.  Knurled knobs, hinges, or a similar arrangement would make removal easier. 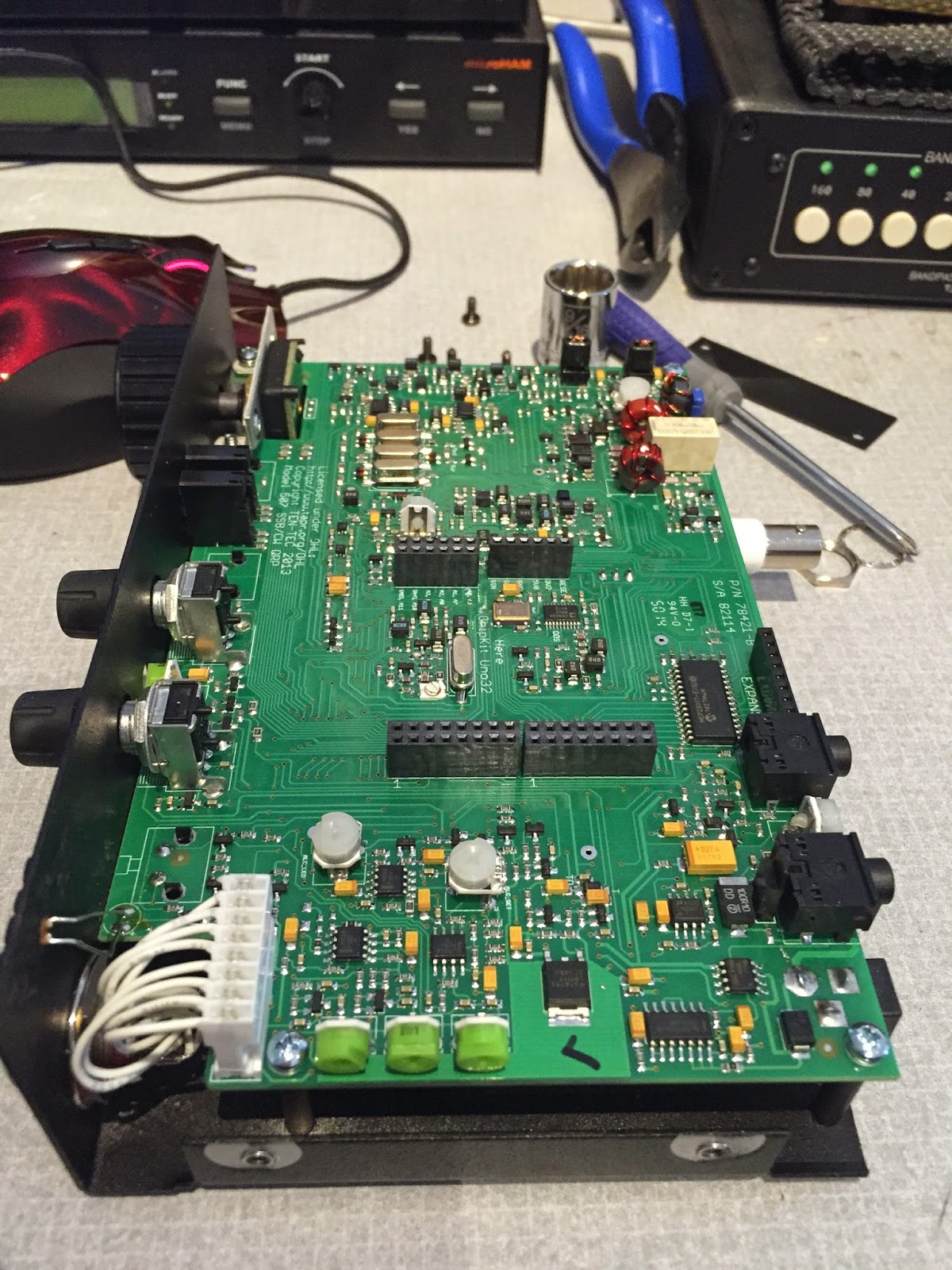 Access to the interior requires removal of four screws, two on each side, as well as a star washer and 9/16" nut on the BNC antenna connector.  If this radio is part of your go-kit, make sure you include a small wrench or socket as well as a Phillips screwdriver.

The audio is far better than expected as tested through a pair of Heil headphones.  Here are a couple of quick demos from 20 meters:
20m RTTY and CW. 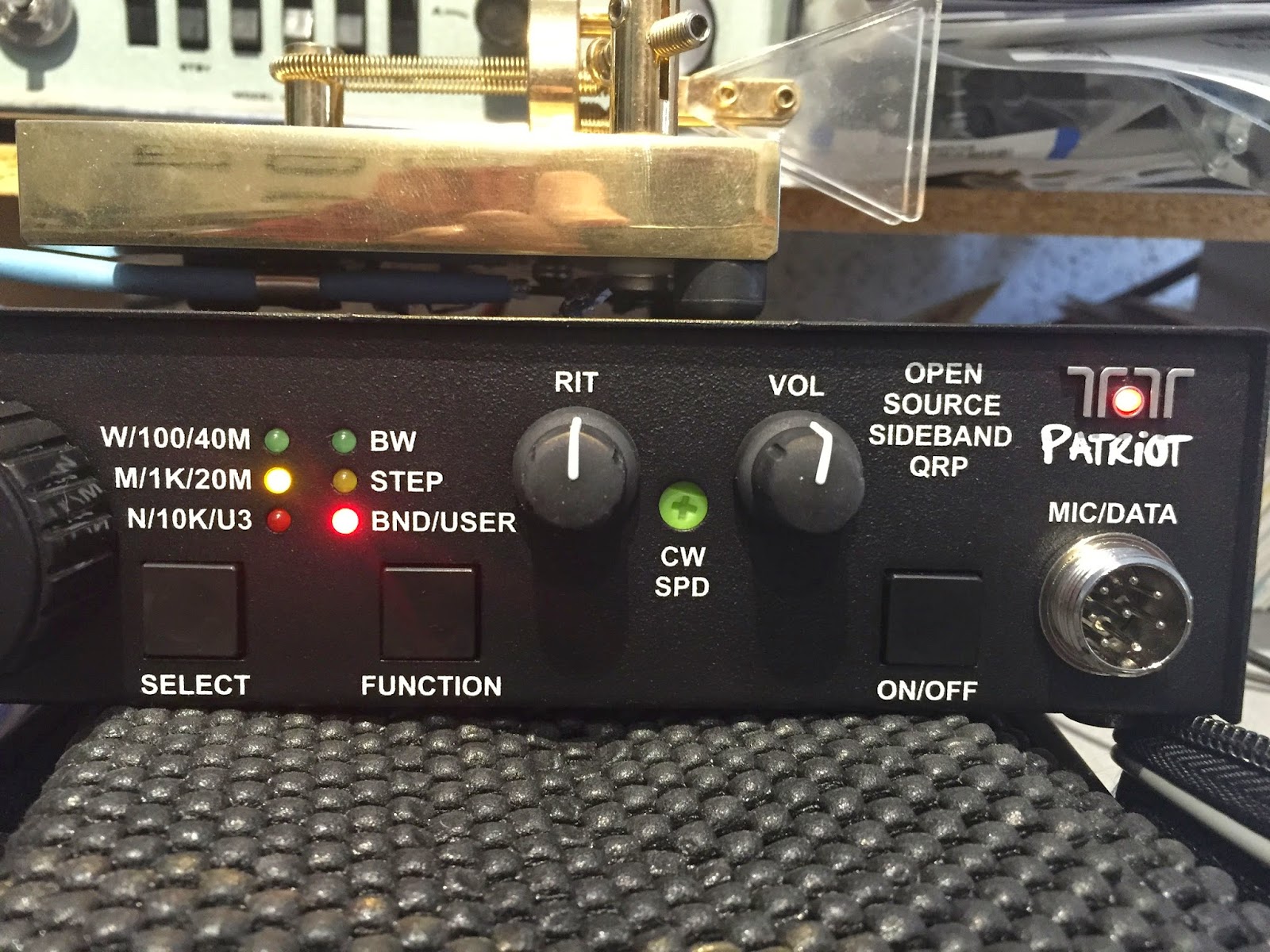 Even though there is no frequency display, the LED in the upper right will illuminate constantly when band edges are reached.